Funded by the European Union Framework Programme for research and innovation, Horizon 2020 under grant agreement No 635340|info@marisurf.eu

Heriot-Watt is recognised internationally as a centre for high calibre research in science, engineering and business. It has been rated as a leading research institution by the RAE, the national review body, and is now in the top 35 universities in the UK for its research.

The Heriot-Watt team involves scientists from two different disciplines, Dr Tony Gutierrez, working in Marine Microbial Ecology and Biotechnology, and Dr Stephen Euston, working in Food and Nutrition. They will be leading the charge to identify novel SAs from the unique collection of over 700 different strains of marine micro-organisms collected from coastal and open ocean environments by Dr Gutierrez. The team has already demonstrated the potential for some of these organisms in converting natural feed stocks, including waste bio-products, into a range of sustainable and natural chemical compounds which could be used to replace traditional SAs and emulsifiers.

Profile of staff engaged in the Project: 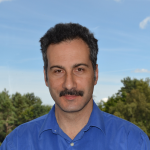 is a marine microbial ecologist and biotechnologist. His research interests lie in the study of the natural diversity, physiology and ecology of bacteria in the ocean, and harnessing their potential for biotechnological applications. His current projects include research on: the ecology and commercial use of novel marine biopolymers, including new bio-dispersants for the Oil & Gas industry; examining the diversity of oil-degrading bacteria in the NE Atlantic and their response to oil spills; development of improved wastewater treatment utilising micro-algae. His research utilises various sophisticated molecular techniques (FISH, 454/MiSeq, stable-isotope probing), which he applied to study the microbial response to the Deepwater Horizon oil spill. He is involved on a NERC-funded project on distinguishing realistic environmental risks of nanoplastics by investigating fate and toxicology in real-world scenarios (RealRiskNano), and he is a member of the Marine Alliance for Science & Technology for Scotland (MASTS) Oil & Gas Forum SG.

is a food chemist who has over twenty years research experience in both academia and the food industry. He has BSc(hons) and PhD degrees from the University of Leeds, UK. He was a Postdoctoral fellow at the University of Leeds from 1988-1992, where he used computer simulation methods to study the adsorption and gelation of proteins in food systems. From 1993 to 2000 he led the New Zealand dairy industry research initiative in milk protein functionality. This involved both targeted fundamental and applied research to understand and improve the functional properties of milk protein emulsifiers, foaming and gelling agents. Since returning to Europe he has held academic positions at Copenhagen University and latterly at Heriot-Watt University. Here he has established a research group that uses both experimental and computational methods to study the link between food protein structure and their ability to form and stabilise foods. Current research in his group includes a study of the molecular basis for the action of fat replacers (EPSRC funded); a BBSRC funded project on the computer simulation of food oleogels; extraction of functional proteins from waste steams (industry and Innovate UK funded); two KTPs on protein ingredient replacement in foods and process optimization for protein-based fat replacer production (Innovate UK funded).

is the Project Manager of MARISURF Project. She has a M Eng in Manufacturing Engineering from the Cambridge University . She has worked for several years as a project manager on a number of Europan projects including ORIGIN.

works as a Post Doctoral Research Associate (PDRA) under the MARISURF project at Heriot-Watt University (HWU). She

holds Bachelor’s (Engineering) and Master’s  in Chemical Technology (with a special focus on Organic Technology and Biotechnology). She also holds a PhD in Chemical Sciences from Poznan University of Technology (Poland). She is an author/co-author in 8 papers in peer-reviewed journals. During her PhD studies, she was awarded with three grants and four scholarships and she has given a number of presentations at national and international conferences. Her work and interests are focused on microbiology and biochemistry, with a special emphasis on enzymatic and surface properties of bacteria and their ability to produce surface active polymers. As a chemist she is adept in the use of 1H and 13C – NMR Spectroscopy, IR Spectroscopy, Mass Spectrometry and UV/UV-Vis Spectroscopy. Proficient in the data analysis and preparation of samples. She is experienced in using Zetasiser NanoPlus equipment for measuring Particle Size Distribution and Zeta Potential and also knowledgeable in surfactant technology (synthesis, estimation of Critical Micelle Concentration and surface tension using Du Nouy Ring Technique) etc.